Ghosts is a 2019 British sitcom on BBC One. A group of ghosts are dismayed to learn that Alison and Mike, the young couple who have inherited their home, plan to turn the building into a hotel.

Season 1 is available to watch on HBO Max. Season 2 aired in the UK weekly from 21st September 2020 (with all episodes of season 2 - apart from the 2020 Christmas special (The Ghost Of Christmas, which was released on the 23rd of December 2020 on BBC 1 and iPlayer) - available on BBC iPlayer from that date). On the 9th of August 2021, Series 3 was released with 6 more episodes on BBC iPlayer. Another Christmas Special (He Came!) was released on BBC 1 and iPlayer as part of Series 3 on the 23rd of December 2021.

[1]Series 4 had officially been announced by the cast and is predicted to be aired between August and September of 2022.

An American adaptation of the series was announced on 29 November 2019 by CBS.[2] On 4 February 2020, it was announced that a pilot had been ordered to be produced by BBC Studios, Lionsgate Television and CBS Studios.[3] On 4 March 2020, Rose McIver was cast in the pilot.[4] On 1 July 2020, Utkarsh Ambudkar was also cast.[5] On 9 December 2020, additional casting of Brandon Scott Jones, Richie Moriarty, Asher Grodman, Rebecca Wisocky, Sheila Carrasco, Danielle Pinnock and Roman Zaragoza was announced.[6] On 31 March 2021, it was announced that a full series had been ordered.[7] The series premiered on 7 October 2021.[8] 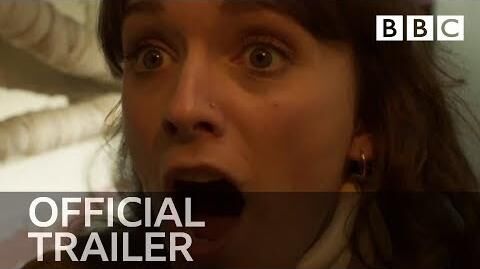 Why Fans Of The BBC's Ghosts Are So Divided Over The American Remake  Looper...

We're an encyclopedia run and maintained by fans, for fans, and we're dedicated to building a comprehensive and informative resource about all things related to the series Ghosts. Wanna share your knowledge? Sign up for a free account and start editing today!